How to jump start a battery 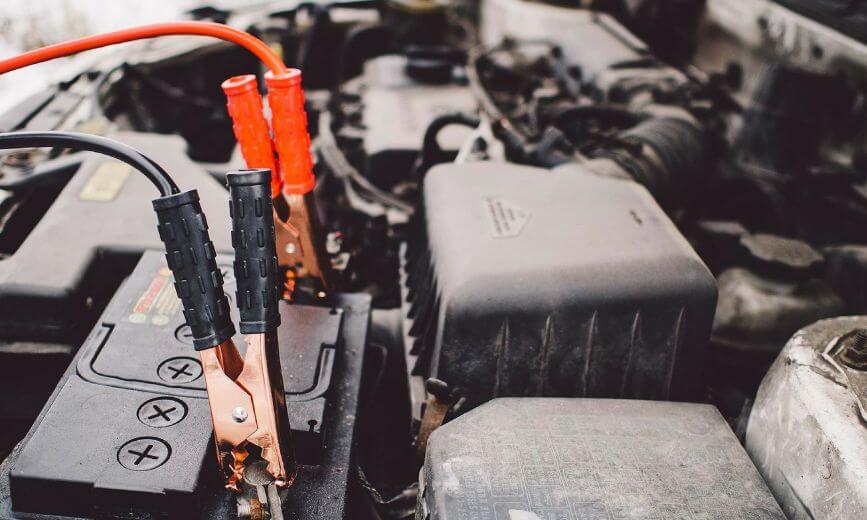 How to jump start a car battery

Vast improvements have been made in the automotive industry over the years, and battery advancements have increased performance, reliability and longevity. Dead battery moments have been on the decline with the prevalence of automatic headlights, too. However, we all find ourselves in a time when our vehicle or another’s won’t start. It is imperative to know the proper way to jump a dead battery in order to stay safe and get back on the road. Here is a step by step overview. It might look like a lot of steps, but they are really simple, so don’t fret!

Identify the car’s battery terminals. The positive terminal is red and may say “POS” or “+” and the negative terminal will be black and labeled “NEG” or “-”. While doing this, identify an unpainted metal surface on the dead vehicle under the hood and away from the battery.

Once both vehicles are close enough, place each car in park or neutral and shut off both ignitions.

Attach one of the red cables to the positive terminal of the dead battery. Be sure not to touch the jumper cable connections together when hooked to a battery, as sparking may occur.

Attach the other red cable to the positive terminal on the working car.

While still at the working car, attach the black cable to the negative terminal of the working battery.

Attach the other black cable to the unpainted metal surface of the dead vehicle. This will ground the battery and prevent sparking, Make sure that it is far from the battery.

Start the working vehicle and let it run for several minutes. The “deader” the battery, the longer it will take to power it.

Let it run for several minutes, and it is a good idea to drive it for 15-30 minutes to allow the alternator to fully charge the battery.

If your car won’t start, but lights and other electrical components are working, you might have an issue with the starter or alternator. Likewise, if the car won’t start the next time you take it for a spin, you may have a battery problem. We are here to help out at anytime, so just give us a call at 513-548-3496.